Maine is accustomed to weathering storms that bring high winds (think nor’easters), but not usually in the summer. Early this past August, we had a drive-by by Hurricane Isaias. Even though the storm had lost strength and was transitioning to extratropical as it moved through New York and Vermont, strong winds pummeled our area for several hours.

Our two automated buoys on Highland Lake and Long Lake captured the event, both from above and below the waterline. The figure below illustrates the water temperature and wind measurements made by the Highland buoy. The top panel shows water temperatures measured at 7 different depths every 15 minutes and the bottom panel shows maximum wind speed and wind direction at the same time. 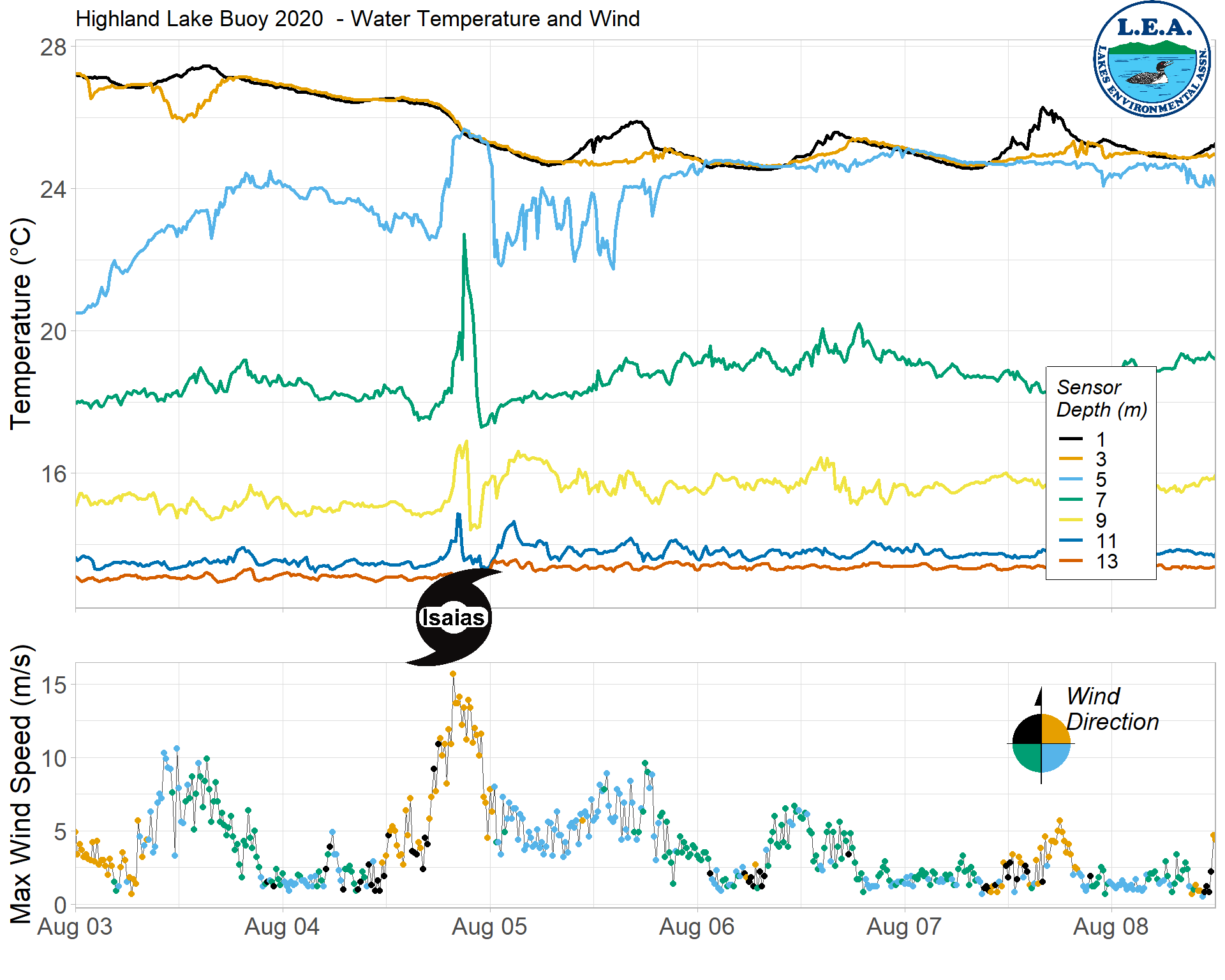 Before the storm, the lake was strongly stratified with warmest water in the top 3 m and coldest water at the bottom. On the evening of 4 August, strong north winds (up to 15 m/s or 33 mph) pushed lake surface water towards the south forcing warm water downward as shown by the rapid increase in temperature at all depths except the bottom. A nice demonstration of this can be seen at the 2:50 mark in this video.

By the morning of 5 August, the winds had relaxed some and shifted to the south, causing the lake to rock back the other way and deep water to cool down again. By the end of the day, the warm upper layer was now deeper than before (notice how temperatures from 1 to 5 m were the same), a precursor to the annual fall mixing event (i.e., lake turnover).

Since the dog days of August were not over, the effect was short-lived and the water remained warm and stable. We are quite interested to see if this has any impact on the timing of fall turnover or on our regularly collected water quality measurements like phosphorus and chlorophyll. We will also look for the storm signal in the HOBO temperature loggers once we retrieve them this fall. Stay tuned!