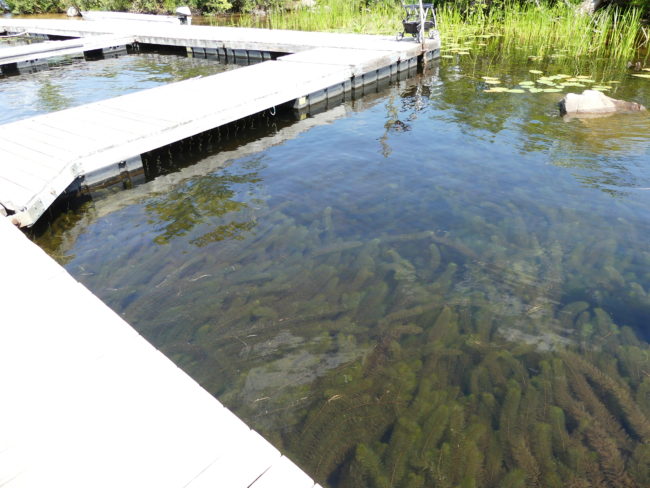 In 2017 Lakes Environmental Association and Maine Department of Environmental Protection identified variable leaf milfoil growing in Long Lake. Long Lake had previously been thought to be safe from this invasive aquatic plant, but substantial growth was found in Mast Cove in Naples. Variable leaf milfoil has the potential to occupy large areas of Long Lake because the water body is relatively shallow with many coves; perfect for milfoil growth. This invasive plant grows and spreads incredibly quickly. Any fragment larger than an inch can re-root and become a new infestation.  Milfoil grows to the surface, and then spreads out in mats dense enough to prevent recreation and boating. The concerns that milfoil would quickly spread across Long Lake if not contained loomed in the back of our minds. A few years ago, a survey showed no milfoil in the cove, however half an acre had become choked by the weed in a short amount of time. 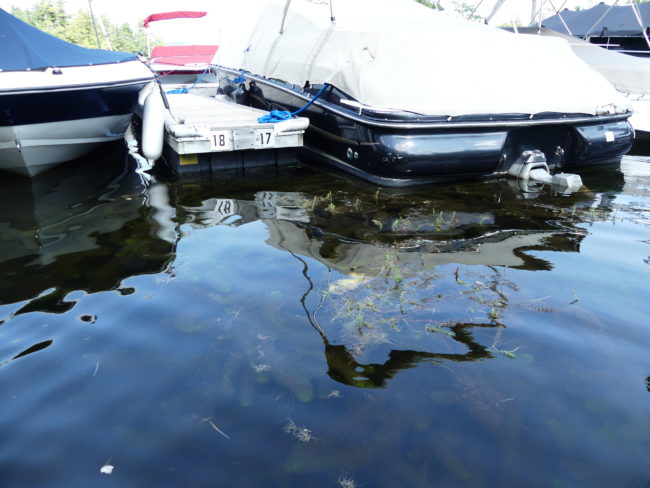 Milfoil and flower spikes directly in range of boat propellers

Long Lake had previously been free of milfoil for years despite its connection to Brandy Pond and the Songo River, which have serious, but controlled, ongoing infestations. Our crew brought the Brandy Pond and Songo River infestations  under control, and prevented fragments from reaching Long Lake. LEA  also posts Courtesy Boat Inspectors to prevent the introduction of invasive plants like milfoil at the three major public launch sites on Long Lake.  However, there are numerous private access points that would be impossible to staff throughout the summer, and a small private boat launch like this is all it takes for a new infestation. 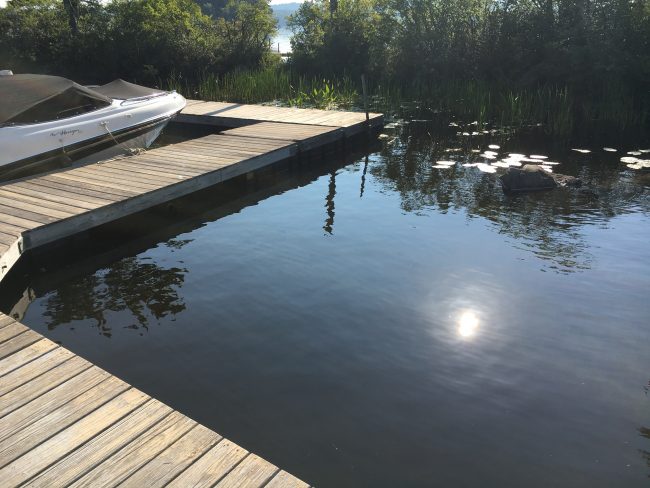 A return to a natural state thanks to control work

Thanks to a swift collaborated response by LEA and DEP the new infestation was contained before it could spread any further around Long Lake. After only a few seasons of control work, the Mast Cove area has returned to a diverse spread of native plant species, demonstrating the importance and efficacy of early detection and response. Where there was once dense carpets of invasive milfoil, now only sparse individual plants are detected away from high traffic areas. Our crew plans to use extensive surveying of Long Lake in the 2020 season to prevent future infestations from taking hold. We would like to encourage all who enjoy the water to contact LEA at 647-8580 if they see any suspicious plants. 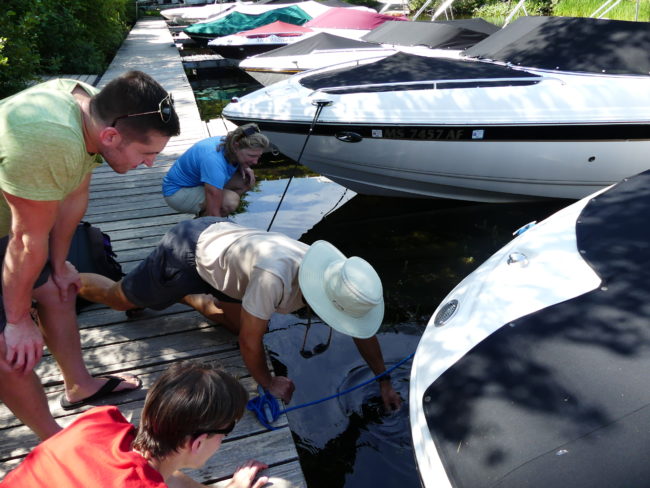