Adams Pond in South Bridgton is a quiet pond that provides an enjoyable paddling experience and the possibility of spotting loon, deer, moose, many birds and other wildlife. There is carry-in access and no one is allowed to operate a motorboat having more than 10 hp.

The principal fisheries are brook trout, largemouth bass, smallmouth bass and white perch. Adams Pond was chemically reclaimed in September, 1955 to remove competing species and permit intensive management for brook trout. Illegal introductions of largemouth bass, smallmouth bass and white perch have occurred, resulting in intensive competition for the brook trout. Due to the lack of spawning habitat, Adams Pond is stocked annually with brook trout. A few trout in the two-pound range are taken every year.

The average Secchi disk reading for 2021 was 7.6 meters which falls into the high clarity range. The average total phosphorus reading was 4.6 ppb, which falls into the low range. The average deep water phosphorus value is not significantly above surface water phosphorus values, which indicates phosphorus recycling is not problematic. The chlorophyll-a average of 1.6 ppb falls into the low range. Long-term trend analysis indicates chlorophyll–a concentrations in Adams Pond are stable, total phosphorus concentrations are stable, and clarity readings are increasing. The average color reading for 2021 was 22.5 SPU, indicating that water in Adams Pond is moderately colored. Suitable coldwater fish habitat was present through July and became marginal for the duration of the season. Low oxygen conditions were present in deep waters from June through September. 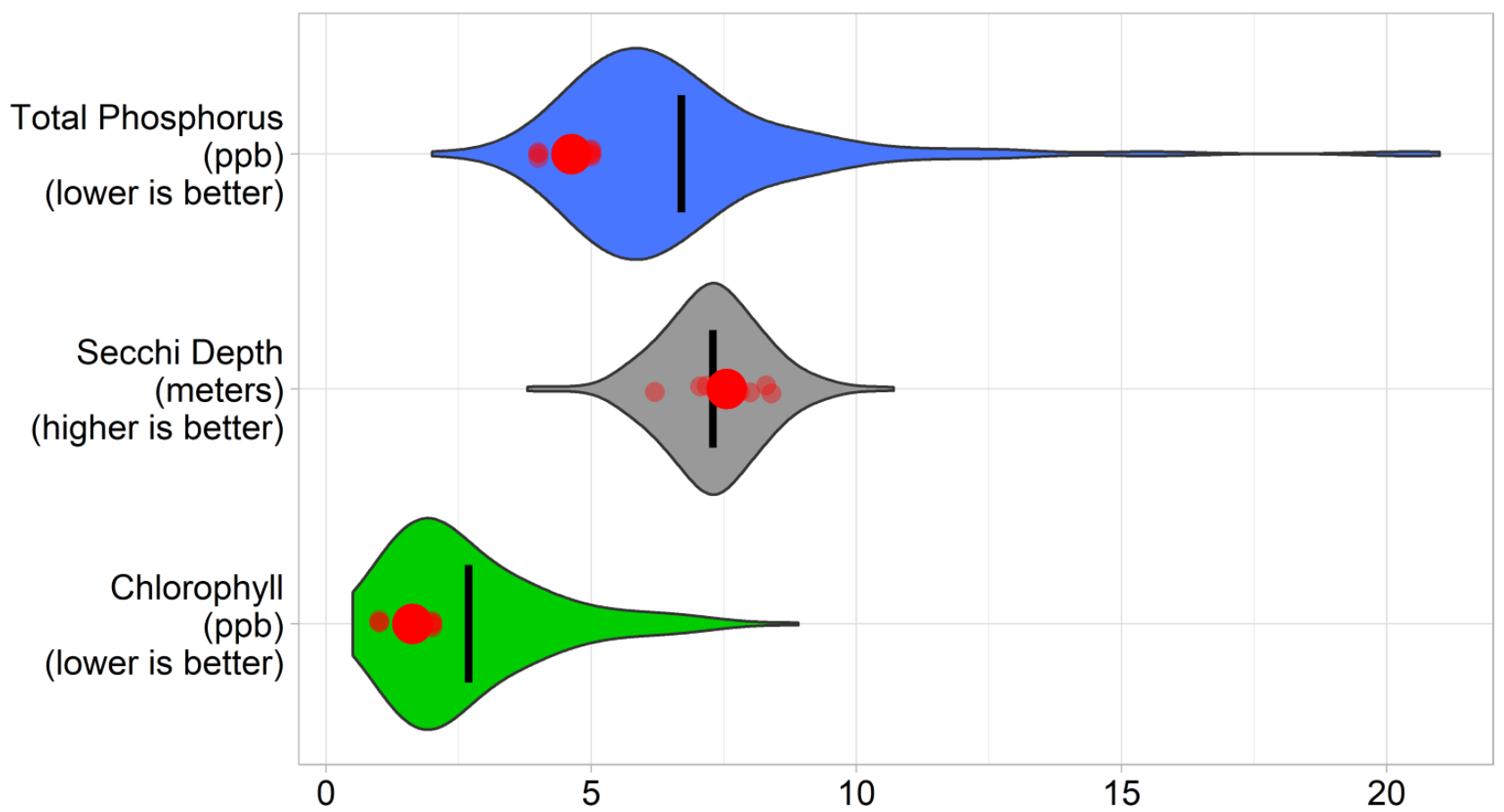 2 percent of soils in the watershed are type B soils. B soils have moderate infiltration rates and fine to moderate texture and soil size. They are usually made up silts and loams. Although not as well drained as A soils, they can also be good places to site leach fields and infiltrate stormwater.

75 percent of soils in the watershed are type C soils. C soils have low infiltration rates and typically have a layer that impedes the movement of water.  These soils are made of sands, clays and loams and are one of the most common soil types in western Maine.

5 percent of soils in the watershed are type C/D soils.  C/D soils are a mix of these two soil types. They have fairly high runoff potential and low infiltration rates and often pool water.

The remaining 18 percent of the watershed is taken up by the pond.