Bear Pond is Waterford’s deepest lake. It provides excellent habitat for coldwater and warmwater fish and is a popular fishing spot year round. It is said to be named after a bear that was killed in its waters during the early settlement of Waterford. 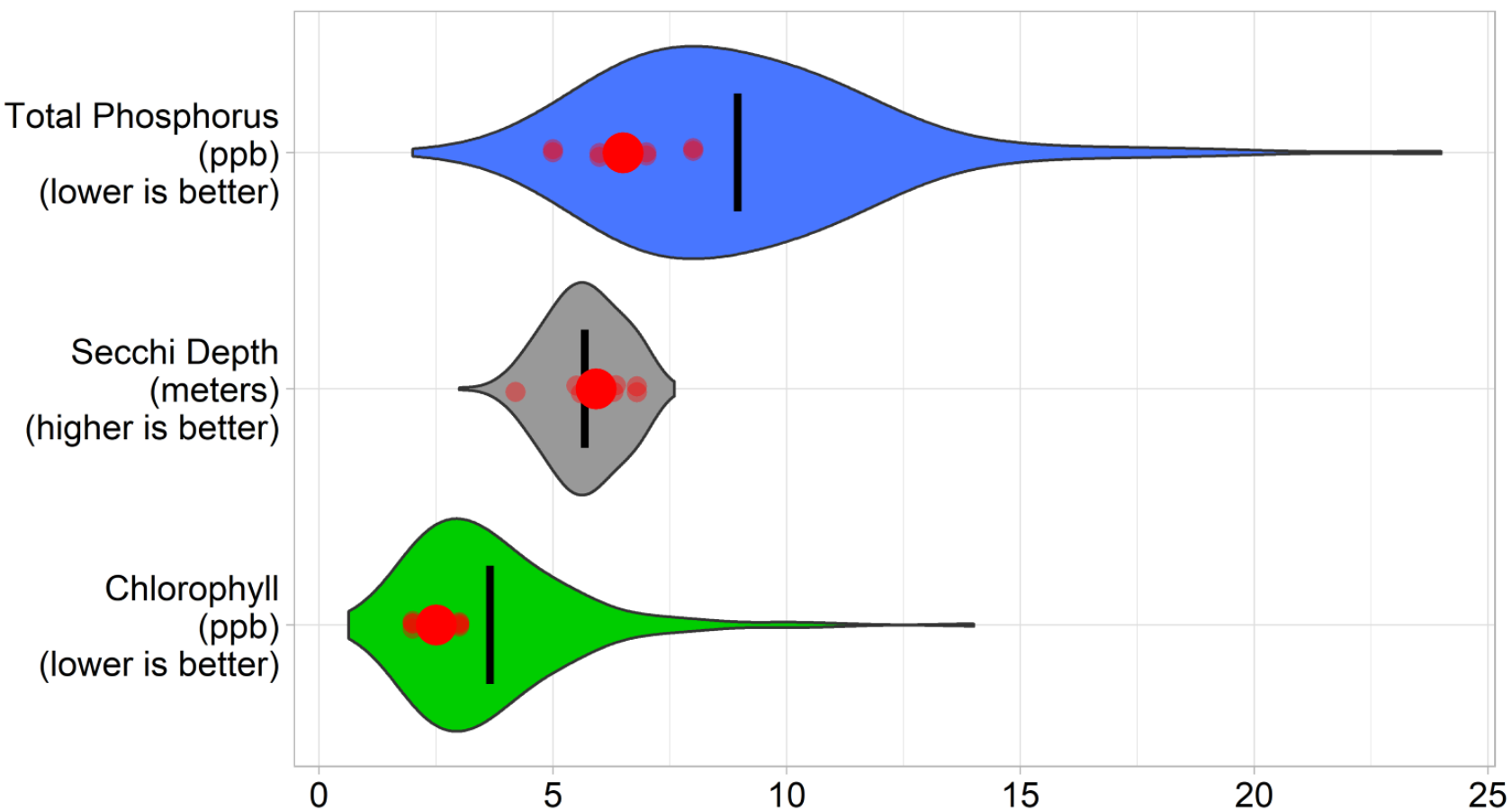 In the spring of 2013, 22 volunteers and staff from five organizations walked and drove the Bear Pond Watershed looking for erosion sites that were impacting water quality. Undersized culverts, steep roadside banks, washed-out road shoulders and poorly constructed driveways were some of the culprits the team identified. While erosion anywhere within the watershed (the land that drains to Bear Pond) can impact individual wetlands and landowners, the crew was specifically looking for places where soil was washing into the pond or into streams that can carry sediment quickly to the pond.  Typically, the areas where we see the most problems are roads, driveways and intensely used residential property along the water.  To see all the findings, download the Bear Pond Survey.

7 percent of soils in the watershed are type A soils. A soils tend to be well drained sands, loams and gravels.  When vegetation is removed and the soil is exposed they can be susceptible to erosion. Because they are often coarse with ample pore space, there is low runoff potential and water will not usually pool on them.  These soils can be good places to site leach fields or infiltrate stormwater from a home or residence.

8 percent of soils in the watershed are type B soils. B soils have moderate infiltration rates and fine to moderate texture and soil size. They are usually made up silts and loams. Although not as well drained as A soils, they can also be good places to site leach fields and infiltrate stormwater.

72 percent of soils in the watershed are type C soils. C soils have low infiltration rates and typically have a layer that impedes the movement of water. These soils are made of sands, clays and loams and are one of the most common soil types in western Maine.

1 percent of soils in the watershed are type D soils. D soils have a high runoff potential and very low infiltration rates.  Soils with a high water table, clay or other impervious layer near the surface are typically D soils.  These soils are often associated with wetlands.

8 percent of soils in the watershed are type C/D soils. C/D soils are a mix of these two soil types.  They have fairly high runoff potential and low infiltration rates and often pool water.

The remaining 4 percent of the watershed is taken up by the pond.