Kezar Pond, the largest pond in Fryeburg, is surround by Mount Tom, Smarts Hill and Knights Hill. The shorelines are sparsely developed and the pond offers panoramic mountain views of New Hampshire’s Presidential Range.The water level fluctuates with the flow of the Saco River, causing the size of the pond to vary. The access point for car-top boats, canoes and kayaks is at the covered bridge on Hemlock Bridge Road. Boaters follow the old course of the Saco River for about one mile before reaching Kezar Pond.

This water is extremely productive for warmwater fish species. Chain pickerel, yellow perch, and white perch are abundant and of relatively good size. Kezar Pond provides excellent growth opportunities for largemouth bass and trophy largemouths are commonly caught. However, the high number of predators limits their abundance. Few anglers fish this water due to difficult access, but summer and winter fishing typically provides good action. Cusk were discovered in the late 1990s and it is unknown if they were illegally introduced, because they may have migrated from Lovewell Pond.

Kezar Pond is sampled by LEA once per year in August. The long-term average reflects data from 1996 to 2021. The Secchi disk reading for 2021 was 2.5 meters, which falls into the low clarity range. The Secchi disk did not hit the bottom this year but has in years past, indicating that average Secchi depth may not be a reliable indicator of water clarity. The total phosphorus reading of 18.0 ppb falls into the high range. The chlorophyll reading of 2.0 ppb falls into the low range. Long-term trend analysis indicates chlorophyll concentrations in Kezar Pond are stable and total phosphorus concentrations are stable. The color reading for 2021 was 40 SPU, indicating that water in Kezar Pond is highly colored. 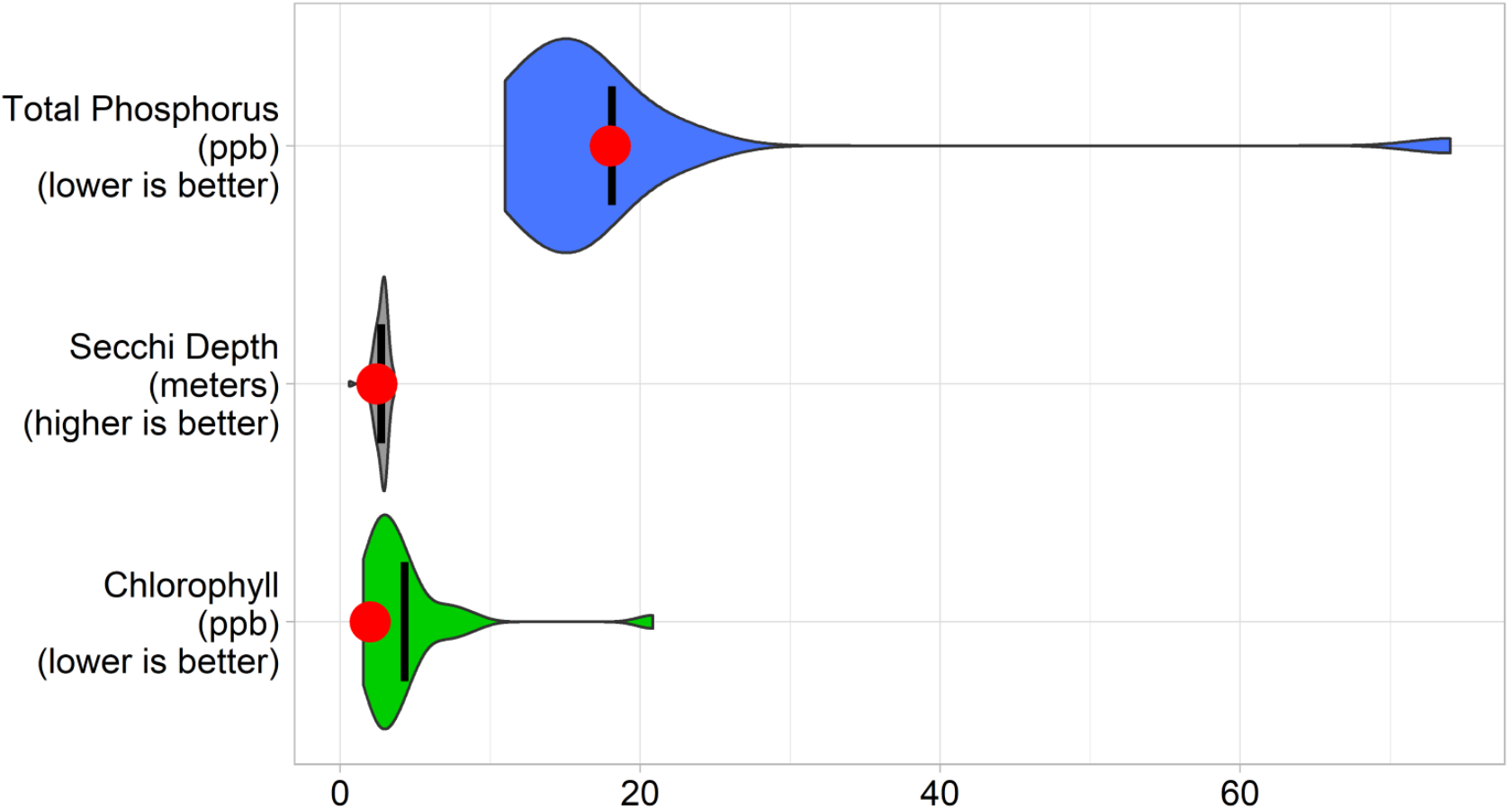 23 percent of soils in the watershed are type A soils. Type A soils tend to be well drained sands, loams, and gravels. When vegetation is removed and the soil is exposed they can be susceptible to erosion. Because they are often coarse with ample pore space, there is low runoff potential and water will not usually pool on them. These soils can be good places to site leach fields or infiltrate stormwater from a home or residence.

10 percent of soils in the watershed are type B soils. B soils have moderate infiltration rates and fine to moderate texture and soil size. They are usually made up silts and loams. Although not as well drained as A soils, they can also be good places to site leach fields and infiltrate stormwater.

34 percent of soils in the watershed are type C soils. C soils have low infiltration rates and typically have a layer that impedes the movement of water. These soils are made of sands, clays, and loams and are one of the most common soil types in western Maine.

10 percent of soils in the watershed are type D soils. D soils have a high runoff potential and very low infiltration rates. Soils with a high water table, clay or other impervious layer near the surface are typically D soils. These soils are often associated with wetlands.

13 percent of soils in the watershed are type C/D soils. C/D soils are a mix of these two soil types. They have fairly high runoff potential and low infiltration rates and often pool water.

The remaining 11 percent of the watershed is taken up by the pond.