This past week, freshwater jellyfish (Craspedacusta sowerbii) were seen for the second time in one of our local lakes. Our researchers were out in the middle of Granger Pond for end-of-season monitoring, when a few, roughly inch-long individuals were spotted near the surface. These gelatinous critters, known as hydrozoans, are related to, but not the same as true jellyfish that you might see in the ocean. What we observed (see pictures) and what makes it look like a true jellyfish is the medusoid life stage. The freshwater jellyfish actually spends most of the time as a polyp attached to structures or plants, which may be why sightings tend to be sporadic and unpredictable. 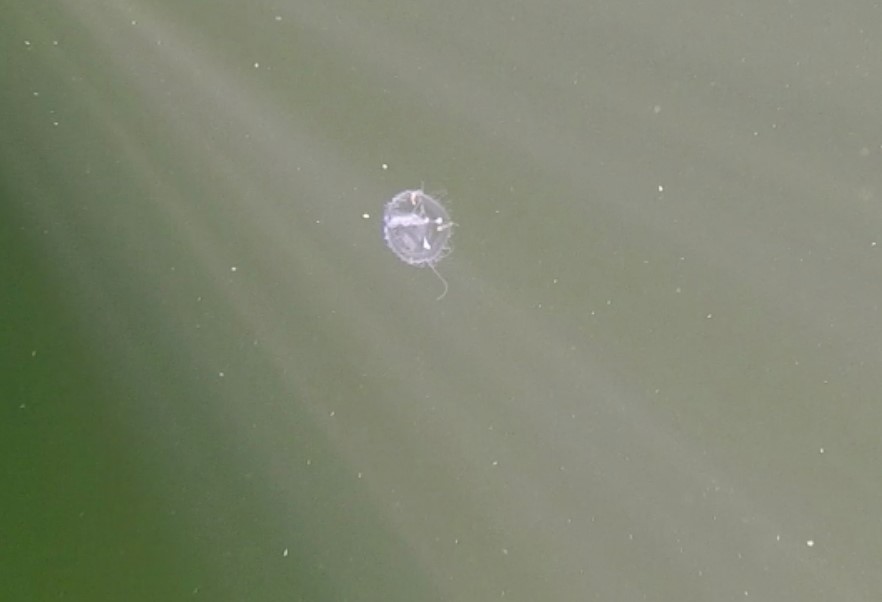 And yes, like true jellyfish, Craspedacusta have stinging cells, though they are unlikely to penetrate human skin. The small crustaceans that are their food source, and sometimes small fish, are not so lucky. The stinging cells inject toxin into prey, which is then drawn, paralyzed, inside to be digested. In turn, the medusae get eaten by crayfish, turtles, and maybe birds and larger fish.

Craspedacusta is not indigenous to Maine or even the U.S. It originated in the Yangtze River Basin in China and was observed in London in the late 1800s. How it got established in the U.S. is unclear. What is clear is that they are fascinating, unusual, and at the same time, nothing to worry about. A great resource for information and place to record observations can be found at freshwaterjellyfish.org. 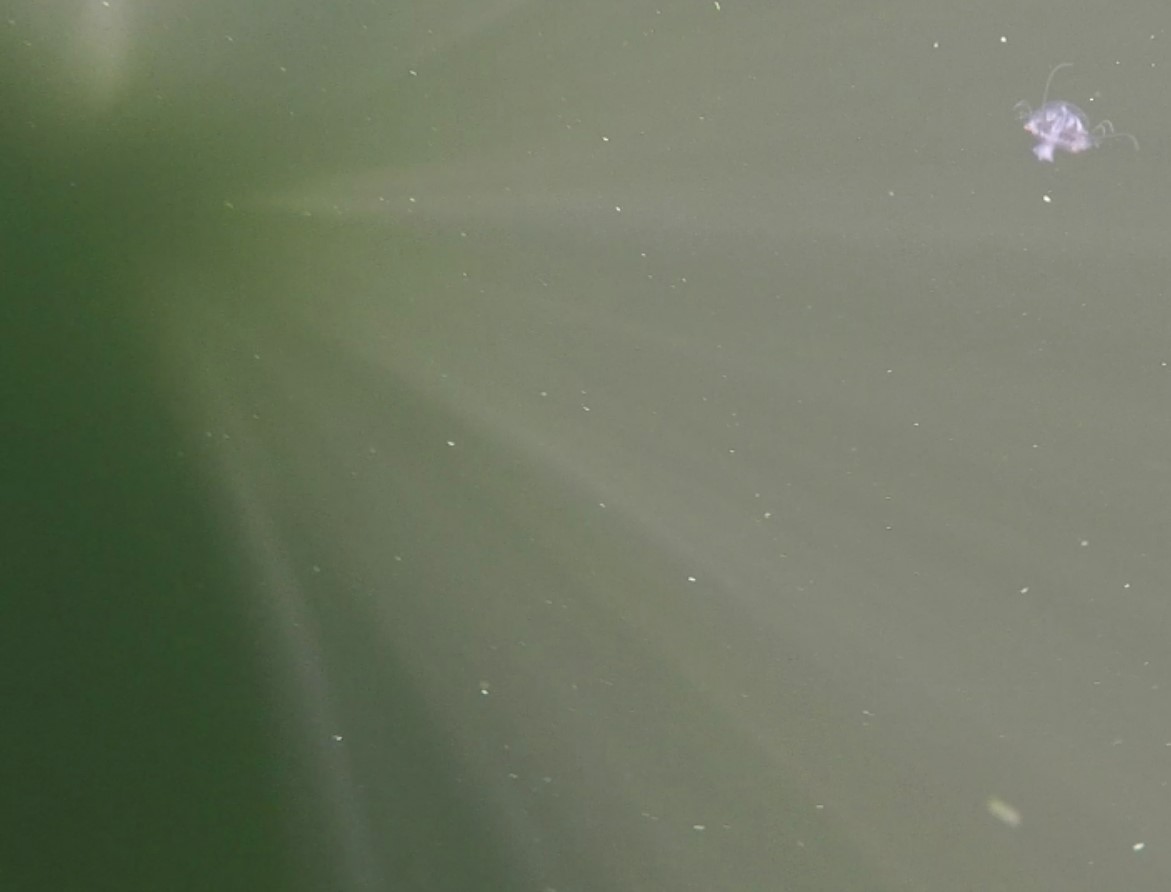