Sand Pond was originally called Little Hancock Pond by Denmark’s early settlers. On several maps, it is also referred to as Walden Pond, named after the girl’s camp that was established on the pond in the summer of 1917. Sand Pond is adjacent to Hancock Pond and the bodies of water are actually connected via a shallow thoroughfare.

The average Secchi disk reading for 2021 was 6.2 meters, which falls into the moderately clear range. The average total phosphorus reading of 8.3 ppb falls into the moderate range. The average deep water phosphorus value was not significantly above surface water phosphorus values, which suggests phosphorus recycling is not problematic. The chlorophyll average of 3.5 ppb falls into the moderate range. Long-term trend analysis indicates chlorophyll concentrations in Sand Pond are stable, total phosphorus concentrations are stable, and clarity readings are decreasing. The average color reading for 2021 was 25.3 SPU, indicating that water in Sand Pond is highly colored. Suitable coldwater fish habitat was present through June. In July, warming water temperatures and decreasing deep water oxygen concentrations resulted in coldwater fish habitat becoming marginal and then unsuitable. Unsuitable conditions persisted through September. 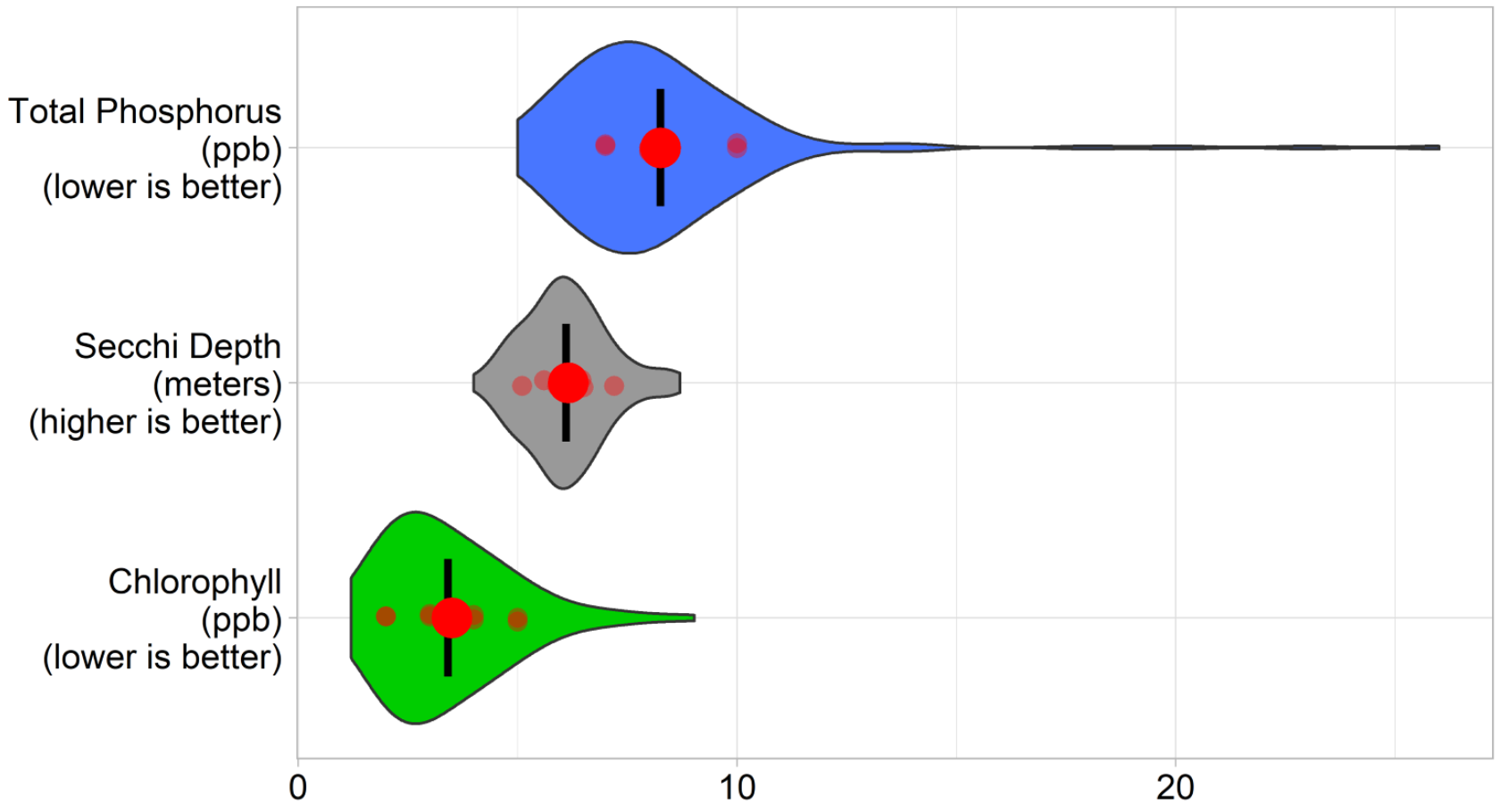 After a successful survey of the watershed to identify erosion sites and raise public awareness about water quality problems, LEA partnered with the Hancock and Sand Pond Association and Cumberland County Soil and Water Conservation District to correct some of the highest priority sites that were found. Through this grant, large conservation practices were installed on the West Shore Road, Wabanaki Road and Sand Pond Way. A significant portion of the grant was also used to address problems associated with residential properties.

19 percent of soils in the watershed are type A soils. Type A soils tend to be well drained sands, loams, and gravels. When vegetation is removed and the soil is exposed they can be susceptible to erosion. Because they are often coarse with ample pore space, there is low runoff potential and water will not usually pool on them. These soils can be good places to site leach fields or infiltrate stormwater from a home or residence.

9 percent of soils in the watershed are type B soils. B soils have moderate infiltration rates and fine to moderate texture and soil size. They are usually made up silts and loams. Although not as well drained as A soils, they can also be good places to site leach fields and infiltrate stormwater.

49 percent of soils in the watershed are type C soils. C soils have low infiltration rates and typically have a layer that impedes the movement of water. These soils are made of sands, clays, and loams and are one of the most common soil types in western Maine.

Less than 1 percent of soils in the watershed are type D soils. D soils have a high runoff potential and very low infiltration rates. Soils with a high water table, clay or other impervious layer near the surface are typically D soils. These soils are often associated with wetlands.

8 percent of soils in the watershed are type C/D soils. C/D soils are a mix of these two soil types. They have fairly high runoff potential and low infiltration rates and often pool water.

The remaining 15 percent of the watershed is taken up by the pond.