McWain Pond, originally known as Long Pond, was renamed after Waterford’s first settler, David McWain, who came to the area in 1775. David was said to have helped later settlers during hard winters by selling off his surplus corn at a low price. He was also rumored to have hid silver in pine trees to protect it from being stolen.

McWain Pond is principally managed for smallmouth bass, chain pickerel, and rainbow smelt. Yellow perch, golden shiners, and rainbow smelt all provide forage for the bass. Crayfish were introduced in 1959 by Inland Fish and Wildlife as an additional food source for the bass. Smelts are commercially taken from the pond by local bait dealers and recreational dipping is allowed in the pond and its tributaries. McWain also supports populations of fallfish, white sucker, hornpout, pumpkinseed sunfish and American eel.

The average Secchi disk reading for 2021 was 6.0 meters, which falls into the moderately clear range. The
average total phosphorus reading of 6.9 ppb falls into the moderate range. The average deep water phosphorus value was not significantly above surface water phosphorus values, which suggests phosphorus recycling is not problematic. The chlorophyll average of 2.9 ppb falls into the moderate range. Long-term trend analysis indicates chlorophyll concentrations in McWain Pond are decreasing, total phosphorus concentrations are decreasing, and clarity readings are stable. The average color reading for 2021 was 30.5 SPU, indicating that water in McWain Pond is highly colored. Suitable coldwater fish habitat was present through June. As water temperatures increased and deep water oxygen was consumed, coldwater fish habitat transitioned to marginal in July and became unsuitable in August through September. 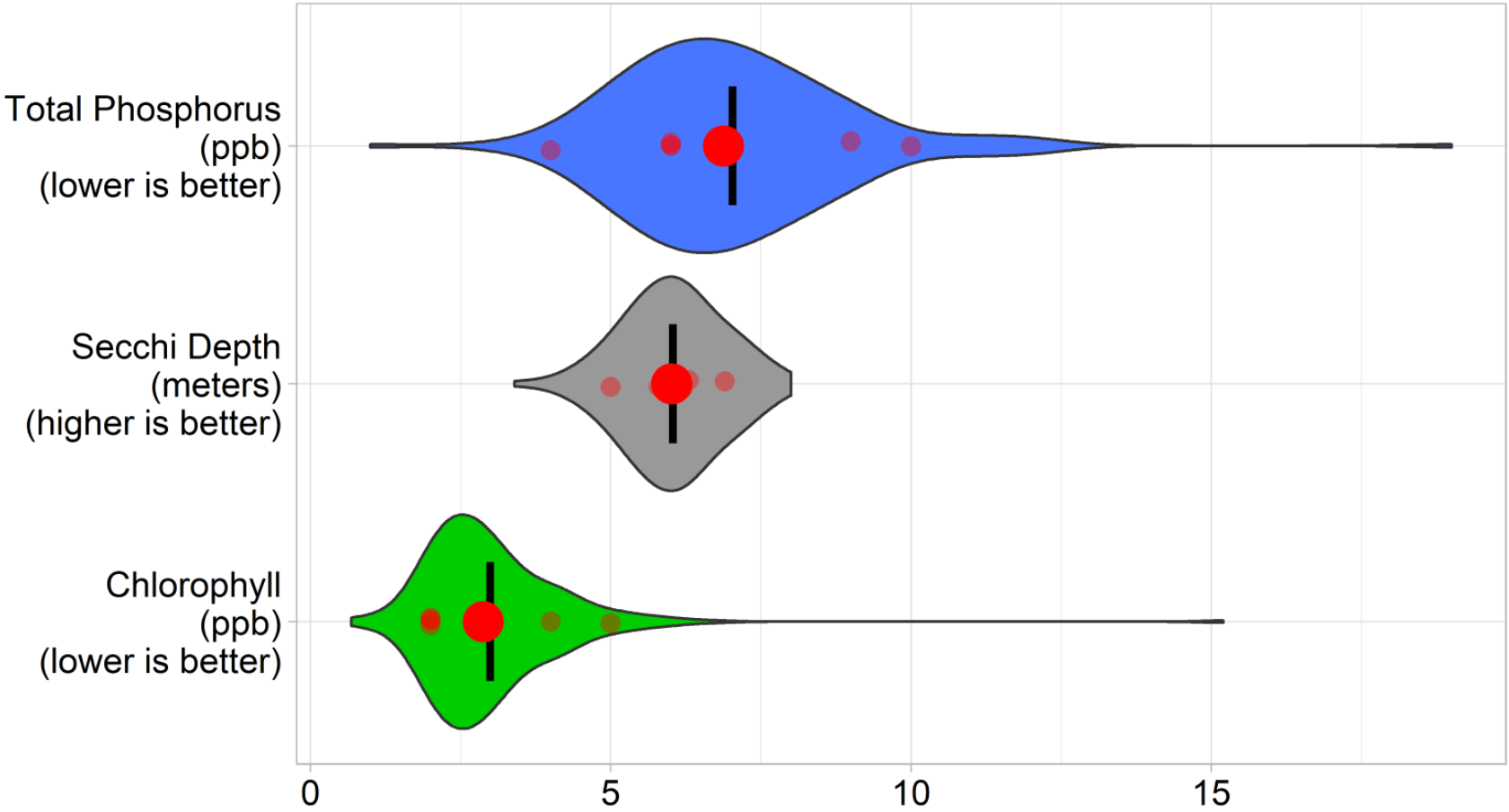 After a very successful volunteer-based survey of erosion sources within the Watershed, an implementation plan aimed at correcting the identified problems began. The project worked on numerous residential sites within the watershed and larger-scale conservation practices were also installed on Whiting Avenue, Camp McWain and Mill Hill Road.

2 percent of soils in the watershed are type A soils. Type A soils tend to be well drained sands, loams, and gravels. When vegetation is removed and the soil is exposed they can be susceptible to erosion. Because they are often coarse with ample pore space, there is low runoff potential and water will not usually pool on them. These soils can be good places to site leach fields or infiltrate stormwater from a home or residence.

3 percent of soils in the watershed are type B soils. B soils have moderate infiltration rates and fine to moderate texture and soil size. They are usually made up silts and loams. Although not as well drained as A soils, they can also be good places to site leach fields and infiltrate stormwater.

71 percent of soils in the watershed are type C soils. C soils have low infiltration rates and typically have a layer that impedes the movement of water. These soils are made of sands, clays, and loams and are one of the most common soil types in western Maine.

2 percent of soils in the watershed are type D soils. D soils have a high runoff potential and very low infiltration rates. Soils with a high water table, clay or other impervious layer near the surface are typically D soils. These soils are often associated with wetlands.

8 percent of soils in the watershed are type C/D soils. C/D soils are a mix of these two soil types. They have fairly high runoff potential and low infiltration rates and often pool water.

The remaining 15 percent of the watershed is taken up by the pond.